A winter wander today. We’ve not been to Keyworth for a good few years, but a walking event brought us here to explore with friends. First things first though, lunch. Eventually.

We found a table, had some menus delivered and ordered some drinks. I was pleasantly surprised to see an Adnams Sloe Storm on the bar so I opted for that.

I’m not certain that it has been well looked after, as it was a bit meh. Important note – don’t believe all of the beers that have been checked in here on Untappd – you won’t find any Patrons Project, Het Uiltje or Evil Twin here, despite what someone is trying to convince you. Back to lunch…

One of our party was running a bit late due to sat nav issues, so we waited until they had arrived to order food. And then we waited. And waited. And waited. The first half of West Ham v Arsenal had been and gone. Eventually our lunches turned up, but how long should it take for a few sandwiches and jacket potatoes? Not as long as it did. 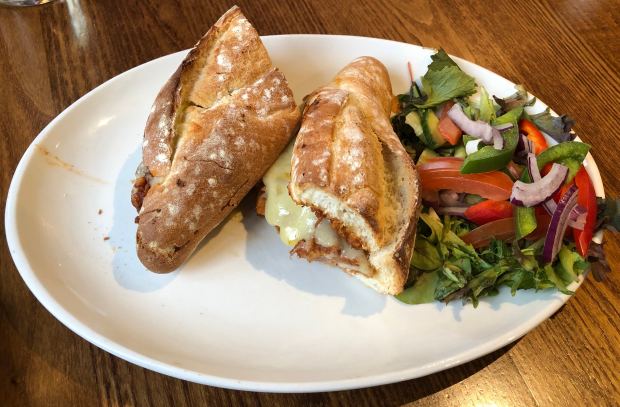 It was lovely when it did arrive, a pulled pork melt on a Spanish baguette (lovely and crisp), and some token salad. Just a shame that it took so long, as that had a knock on effect on the rest of our day.

A nice village pub, in a village full of pubs. We’d definitely go back, just as long as we weren’t in a hurry.