Anyway, on to the pub for a double bill of Edinburgh previews, a relaxing evening instead of doing mock exam papers. The Bill Murray is somewhere I’ve heard about quite a bit since I’m very much a follower of the live comedy “scene”. It’s a short-ish walk from Angel tube station (home to the UK’s longest escalator – one for you pub quiz fans).

Something that usually happens on these pub comedy nights is that you will bump into one or more of the acts at some point. This was in full effect tonight, as I followed opening act Sofie Hagen into the venue, and Mark Watson was hanging around at the interval before his set, and chatting with the audience. This is a proper preview experience, a small room in a pub, tiny stage, microphone, and a few lights. And the acts walk on from the back of the room, there’s no backstage area behind that curtain on the right hand side. 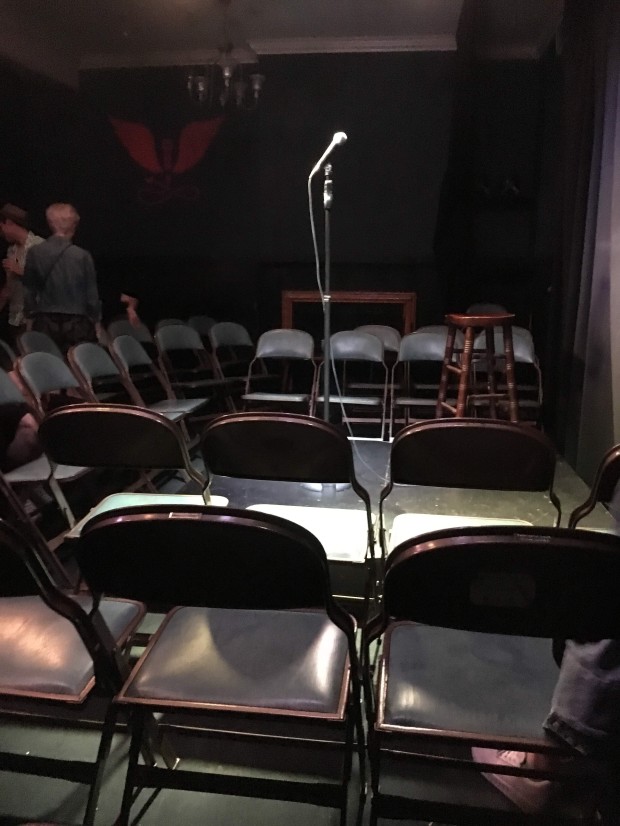 On a warm night in London, a beer was needed to keep refreshed during the evening. Beer at comedy venues is generally pretty awful. The Soho Theatre try and break the mould by getting some reasonable cask ales in, but they need a crash course in how to look after cask ale, since it almost always suffers from mistreatment. And the way that the bar staff treat the beer engine, you’d think it was a piece of gym equipment with 50kg on the end of it. And they certainly don’t embrace the sparkler.

So it was a nice surprise to find a St Mungo from Glasgow’s WEST brewery, who produce all of their lagers and wheat beers in accordance with the Reinheitsgebot, the German Purity Law. A Munich style lager with a sweetness to it, and one of the best comedy venue beers that I’ve had. That is damning with faint praise, but it was good.

As was the comedy. Sofie Hagen is trying out material for her 2019 Edinburgh show (nothing like being prepared), so the set was a proper tour through random bits and pieces that may or may not form a show one day. Mark Watson will be in Edinburgh in August (and likely touring after that), so his show was much more polished, although it got a bit derailed by someone finding a folder for him to balance his wine glass on (you had to be there). The show covers a few topics, but there is much about family and his recent-ish divorce. If I were in Edinburgh I’d be going to see the finished version, and hopefully we will catch it in Leicester or somewhere else local next year.

A night off from revision and reading. My destination later on is The Bill Murray, a popular comedy pub venue in Islington. Before that I need some food and drink, so I thought I would pop in to Brewhouse and Kitchen, Islington, as it’s somewhere that I wandered past last month when I was at City University.

There was football on around the periphery of the pub, but no-one was that interested in it, so it’s another to add to the list of “not football venues” which you can watch the match in peace in.

I also had a Great Eastern India Pale Ale from Redchurch Brewery, a lovely well rounded IPA, full of balance. And they haven’t skimped on the pale either! 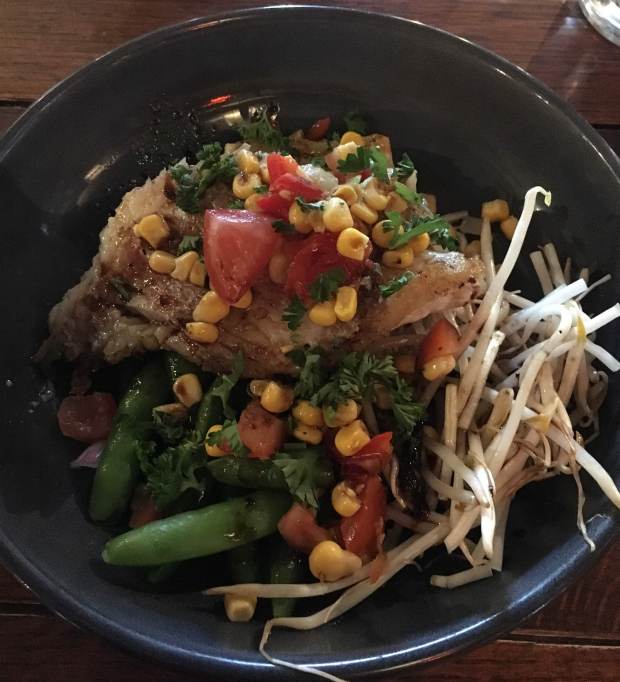 As there was still plenty of time before the comedy started down the road, I had time for another, in the form of Hot Black Desiato, a milk stout also brewed here on site. As you might expect, it was sweet and creamy.

A nice little place, and I think I’ll come back here for dinner on Friday evening as I have some time between the end of my exams and my train home.