The second of our three visits. We had booked in for each night, as this was the best pub that was close to our camp site. We had wondered if this was a bit of a gamble, but the food and drink were great last night so it was looking very much like a winning bet.

Tonight I started out with a Wojtek from Beartown Brewery, a beer named after a bear who was officially drafted into the Polish army during World War 2. A very interesting story (Google it) and a very easy drinking golden ale.

My turn for pie tonight. It was a cracking pie again, simply served with chips and veg. Delicious.

Mrs MOFAD also had another tasty dinner, topped off with a nice crisp piece of bacon.

I accompanied my dinner with this Corke’s IPA, which was a decent ale but absolutely not an IPA.

After a good day of walking, we treated ourself to this rather tasty meringue nest. A bit early in the season for English strawberries, but this was a sweet and tasty pudding. 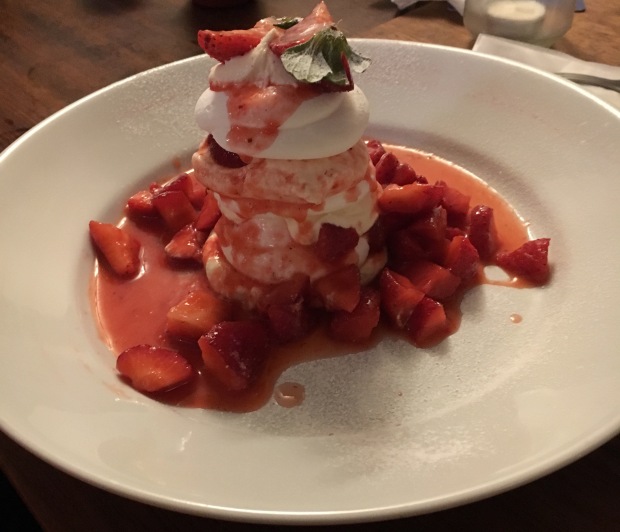 Another lovely visit to The Lazy Trout – very happy that we’re coming back again tomorrow night!