With apologies to Don Covay and Aretha Franklin:-

Pizza Express opened its first restaurant in London in 1965, and has been expanding ever since. Over the last 20 years or so they have been a kind of corporate football, changing hands around four or five times. Whilst they’d like you to think that they are that same company with a Sicilian chef cooking authentic pizza, nowadays they are just another chain owned by a Chinese private equity firm.

We’ve always been well equipped with pizza places in Loughborough. I had my first Leicestershire pizza at the Purple Onion, way back in October 1992. We’ve had the big chains (Pizza Hut & Domino’s) for a long time. We’ve got a Papa John’s. We also have local places such as Croma, Mario’s, Sliced! and Dominic’s (definitely not Domino’s, honest). The most recent (December 2016) TripAdvisor review is hilarious, and it won’t encourage you to visit Dominic’s.

There is one place that is head and shoulders above all of these. That is Peter Pizza. I have written about them several times already. They do the best pizza. They are top on TripAdvisor. They even have the slogan “Come and try the worst pizza that one guy on TripAdvisor ever had”.

So what did a sleepy market town need? Two new Italian chains of course. As part of the new Cineworld development in 2016, we got Bella Italia and Pizza Express. Tonight, we were off to the cinema again with MOFAD dining companions Karon & John. We decided to go to Pizza Express beforehand, as it is very close to the cinema.

There’s only one decent beer choice on the menu, the Peroni Gran Reserva, a pleasant double malt beer. The standard Peroni is just dull, but this has interesting sweet and malty notes that go well with pizza. 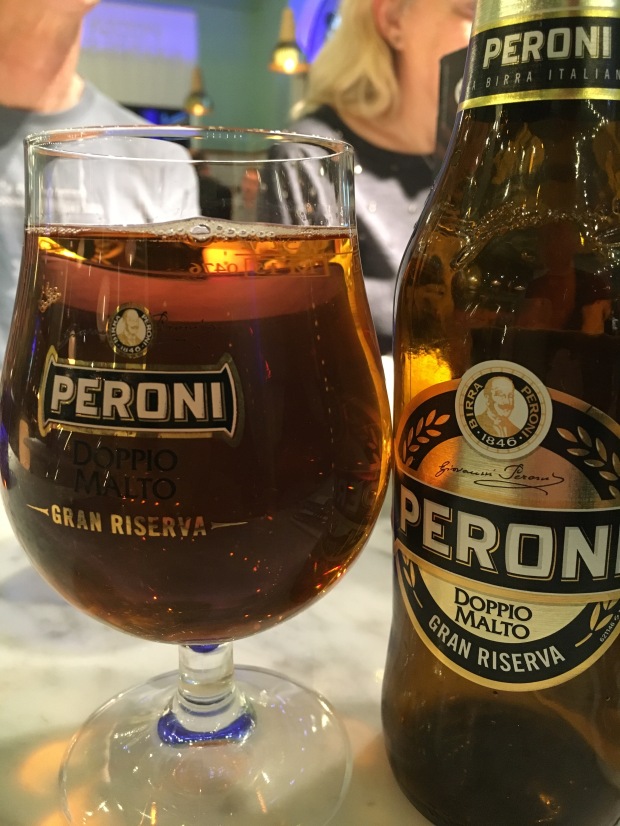 Mrs MOFAD had the same, but in Romana form. What this means is that they roll the dough out a bit thinner, to make a larger base, and then charge you another couple of quid for the privilege. However, it just seems to go colder more quickly. We also had a mixed salad on the side, which was also a little uninspiring. A tomato chopped up, five half slices of cucumber and a handful of leaves. Not exactly value for money. We could have had twice as many (better) pizzas, better salad and better drinks at Peter. 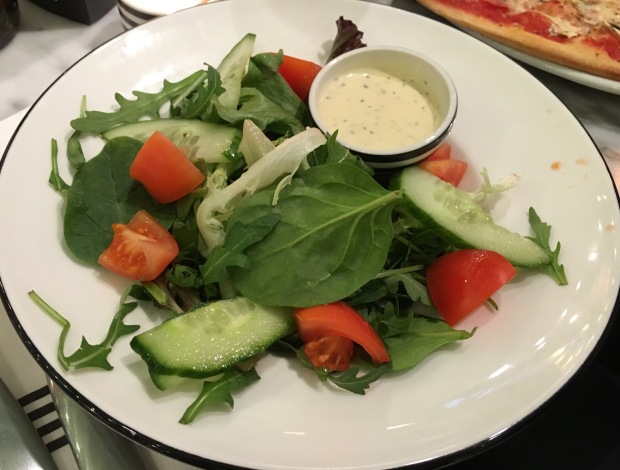 You expect your local independent to be more expensive than the chain, but it’s the other way round. Pizza Express is over priced and underwhelming. There was nothing specifically wrong and it was convenient, but if you’re going to charge £13.50 for a pizza, it should be stunning. Even though we weren’t in a hurry (for once!) we did feel rather rushed out of a largely empty restaurant.