When I drafted this post at the start of the month, just to put a placeholder for it to remind me to do it when the month ends, I left myself a note which predicted that a New Zealand beer would probably take the title. This prediction has come true (there was very little chance of this not happening).

However, before we head to the Antipodes, there are 2 local candidates worthy of a brief mention. The first is Nuns Ale from Church End brewery. Who put the nun in Nuneaton? Nuns! A delightfully hoppy golden ale which was very nice. The second is Phoenix Pale Ale from Sly Fox Brewing Company, a delicious golden ale, nicely balanced.

However, this month’s top 5 are all big hoppy beasts from New Zealand. The story will be the same next month, without a doubt, as there will be twelve days of NZ beers to choose from, not just four. Three out of these five in the line up made it to the top 5:-

First up we have Three Boys IPA, one of several Three Boys cans that I picked up on our first day in Auckland. This was a good and hoppy IPA, although could have been a bit paler.

In fourth place we have Epic Pale Ale, which lived up to its epithet, with a mix of 15 hops and great levels of bitterness. It was lovely in the Waikino sunshine after a morning bike ride.

Next up we have Hapi Daze. Hapi is the maori word for hop, and this was a can of super hoppy happiness which was really tasty.

In second place we have Funk Estate Sophisticuffs IPA, caramel malts and a super hoppy attack on the palate. This was perfect with pizza on our first night of camping.

Our winner for February 2016 is Panhead Pale Ale – Quickchange XPA. In case you’ve not guessed, even more super hoppy hits, mosaic, galaxy and citra hops all joining together, with those alpha oils coming through very strongly. 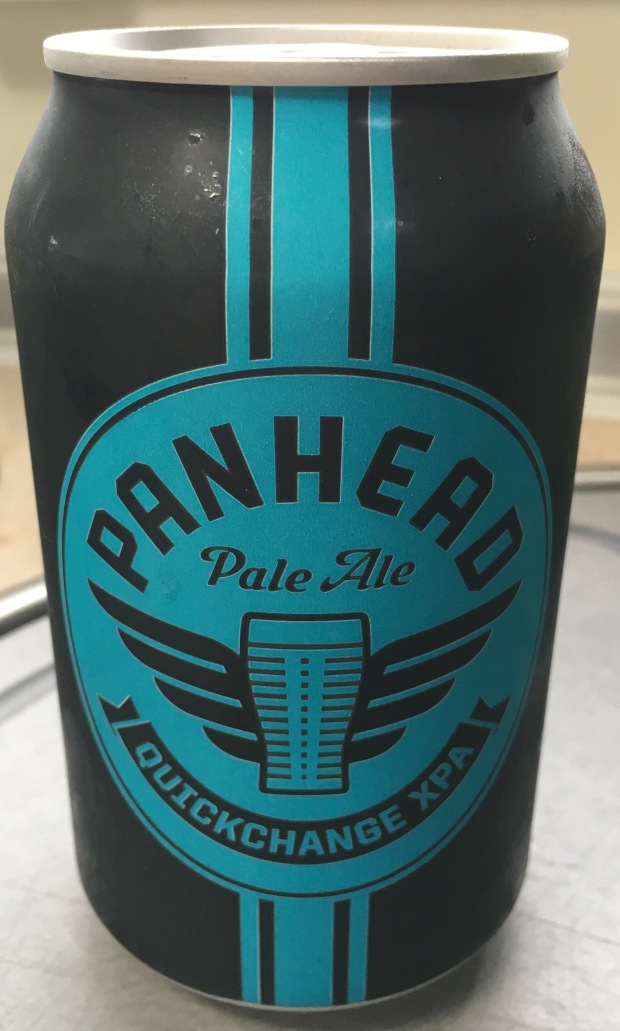 A very worthy beer of the month, and likely to be in the top 5 or even higher at the end of the year…