A morning of two halves. The forecast was for sunshine followed by rain. The forecast was right. We were up and out and on the fells before 10am this morning, because the forecast told us that this was a good idea. We had a nice wander around School Knott (last visited 17th March 2007 – hurrah for keeping a list of Wainwrights climbed). Just as the clock struck noon, the rain arrived, as predicted. Luckily, we were nearly finished, so were about to make our way back to the car.

This didn’t stop us from getting rained on quite a bit, but the next stop was lunch, so we took a short drive into Bowness, and basically just dived into the first pub we saw. We’ve visited almost all of the others here, so it was just luck that the first one we found was one of the few we’ve not been in.

The Albert is a pretty big pub, situated on the little roundabout at the bottom of the main street in Bowness. It’s a Robinsons pub, so you can be confident it will be pretty good. Unfortunately they do refer to the mythical “Lake Windermere” (a personal pedantic bugbear), but that is their only real crime.

A fairly extensive menu, supplemented by changing specials, is accompanied by a decent ale selection, which are good ingredients for a great pub.

Today, a pint of Hartleys Cumbria Way, from Robinsons (#obvs), a classic English bitter. A good way to round out a year of pub visits. 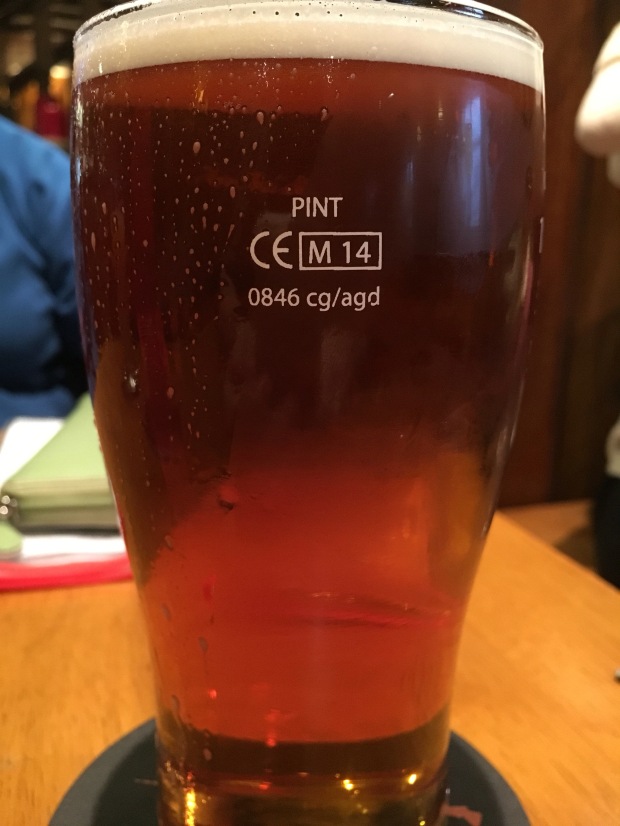 On to lunch. A very tasty Cumberland sausage baguette with Lakeland cheese, and a simple sprinkling of salad. A very nice sausage, and the cheese is a good addition – not something you see a lot. I also managed to pinch a few chips from Mrs MOFAD – it was very filling. 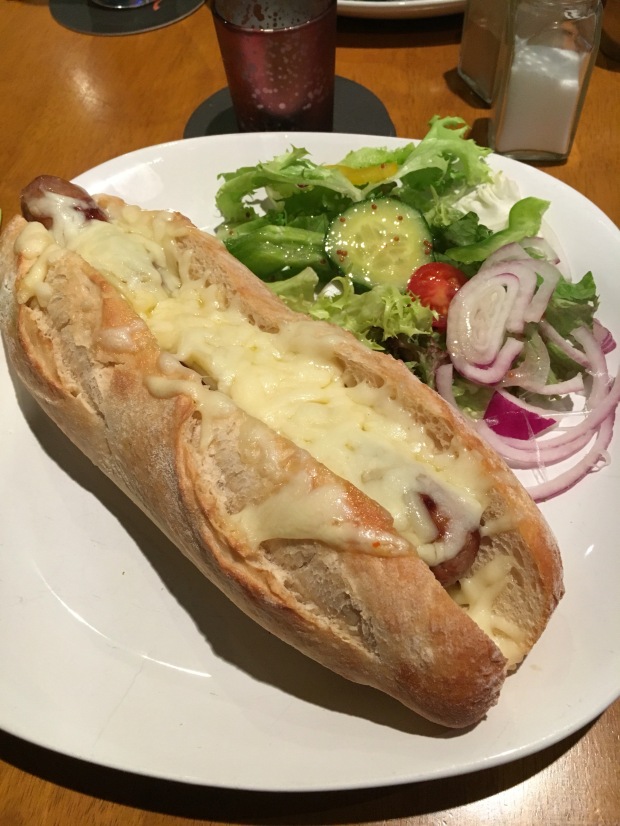 Mrs MOFAD had the fish goujons from the specials menu. These were moist and juicy (hello people who have arrived here from those keywords) and the chips were fat and fluffy (more interesting keywords?) 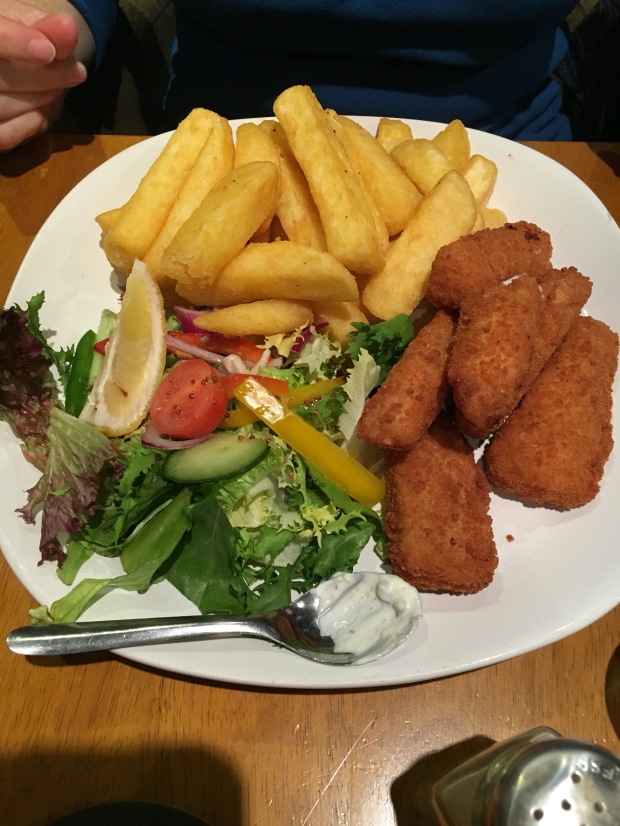 The Albert is a lovely pub, and it was absolutely packed out today, but they still managed to get meals out in good time. If you find yourself in Bowness and in search of a good meal and a pint, The Albert won’t let you down!

2 thoughts on “The Albert, Bowness, Cumbria”