Not many trips out this month, but most of them were to quality establishments. Most, but not all. A trip to the Toby carvery earlier this month was a bit of a disaster, which ended with a vow not to return for quite a while.

There were no ales on. Three pumps. No ales. An utter travesty. It took ages to get served, and the roast beef in the baguette was poor, sinewy and fatty.

Anyway, on to the good pubs. The month began with another trip to the Marquis Wellington, before a night of laughter with Bill Bailey. Another chicken and pulled ham pie and a tasty X Anniversary ale, but still not enough chips and peas with the pie! 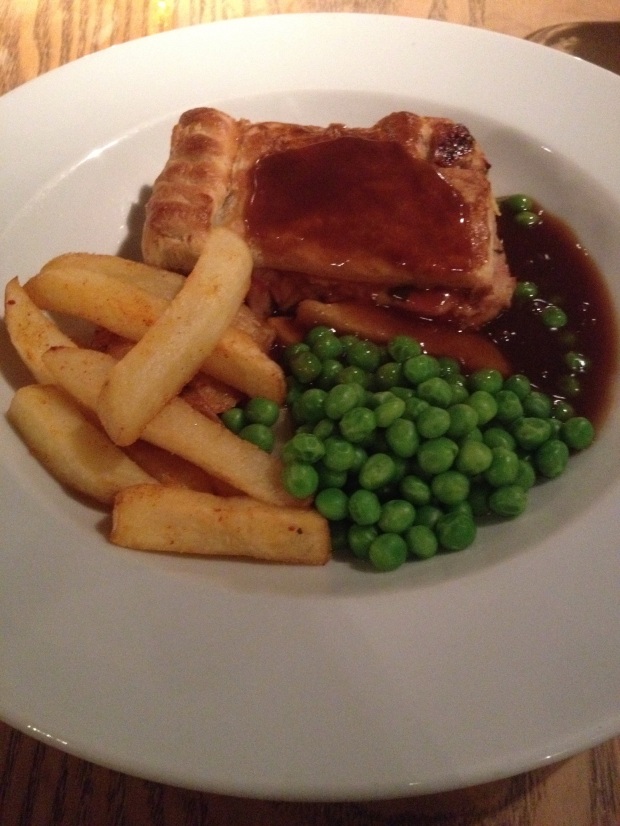 Next up we have the Swan, an old haunt that I returned to after a brief (in the context of the 20 years I’ve been going there) hiatus.

The Swan is all about the beer. The ale selection remains undiminished after all these years. In fact it has increased, with a new craft range and loads of bottles to choose from. Also available are several “proper” ciders and perries, and a great selection of very good single malts.

So, we come to our winner, The Shambles in Lutterworth. A wintry day with a fast evaporating dusting of snow, and we were out for a walk in the area. The plan was to do a walk, pop in for some lunch, and then go out for another walk. This changed when we got to the pub. The pub was nice and warm. Outside it was cold.

This year it was voted community pub of the year for Marston’s. A former abattoir and butchers, it is the oldest timber-framed building in Lutterworth. It has a nice rustic charm to it. The food was great too, this BBQ chicken baguette was stuffed with chicken and cheese and a nice BBQ sauce:- 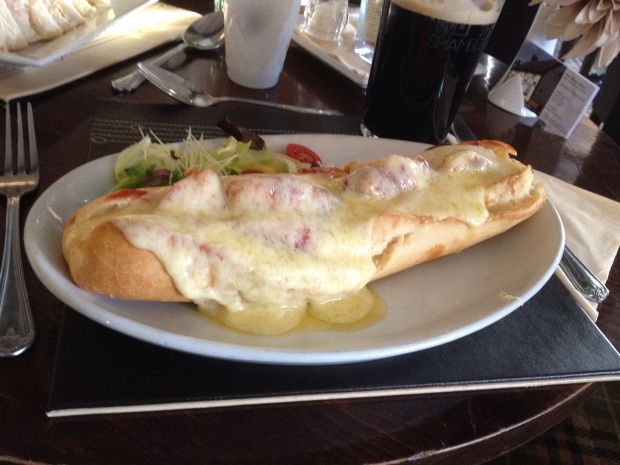 A nice pint of Colonel’s Whiskers from Batemans too, a classic black & tan style of beer, nutty, creamy, with a hint of liquorice.

A worthy winner of pub of the month!

One thought on “Pub of the month, November 2015 – The Shambles, Lutterworth”