Where to begin? Way back in May, we were in the middle of a field, enjoying food and beer and the like. Shocking, I know. Talk turned to Yarndale, a festival of wool and related items. The ladies were very interested in this idea, the men saw it as an opportunity to sample some new ales in a new area. So, whilst sat in a field with good 3G coverage, we were checking out places to stay for this weekend of wool. We were far too late to get in to any chain hotel in the area, so we had to lower our sights and find somewhere that had three rooms available.

Eventually, Fawlty Towers popped up, and all of the TripAdvisor reviews were fairly in unison. Tired, funny, a trip back in time, but clean and tidy.

When we arrived, this turned out to be totally accurate. Clean and tidy, but with some comedy touches, such as the drawer with no bottom, the iron burn on the carpet, and the so-called “shower” which was some rubber hose that attached to the bath taps, the kind of thing my nan had in the house that she lived in for 50 odd years.

Anyway, I’m supposed to be talking about food and drink. We stuck to just the breakfast, which was included in the price, and was a classic hotel breakfast – fruit juice, tea or coffee, a selection of cereals, and then your choice of items from the full English, including that rare thing in our health conscious age, the fried slice. Can’t beat it. It was a nice breakfast, although the sausages were a bit cheap. Good tea though, and big tea pot too. 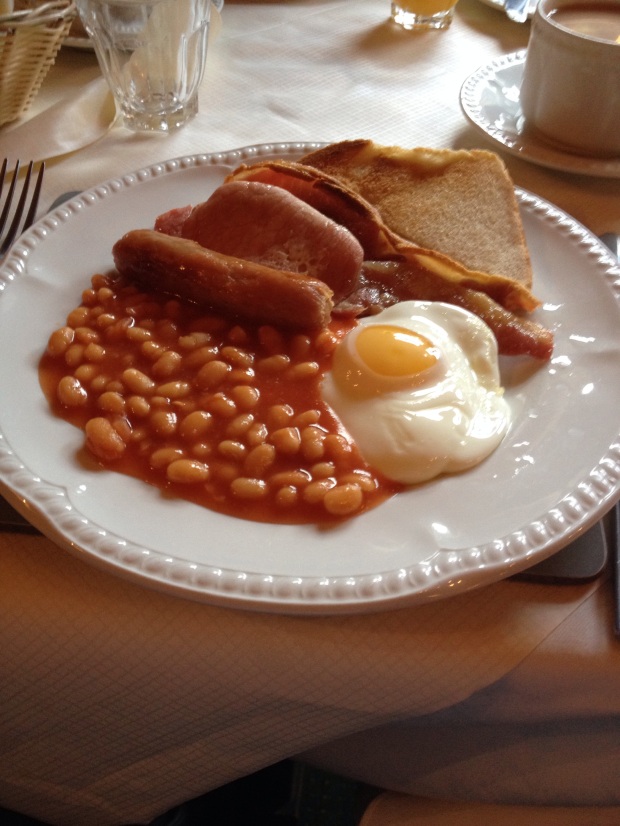 We did brave “the bar” on one evening. Despite the large number of local breweries on the doorstep, the only beer that was visible was a four pack of Guinness from the cash’n’carry, so we didn’t really push the boat out (plenty of great beer in the pub next door), apart from a couple of Baileys for the ladies. Apparently it’s a drink and a pudding in one.

We had a great weekend, but not in any real hurry to come back to this particular hotel…

I must of course leave you with a classic clip…