Ah, curry. A staple of the MOFAD diet, we have it pretty much every week, usually on a Friday night. This is only usually interrupted by holidays which may cause the odd disruption to the pattern (perhaps even missing having a curry on a very rare occasion).

As I’ve mentioned before, we generally go for a takeaway in order to enjoy our own choice of alcohol accompaniment. Tonight was no different, although the first drink was rather different – a Rhubarb IPA. 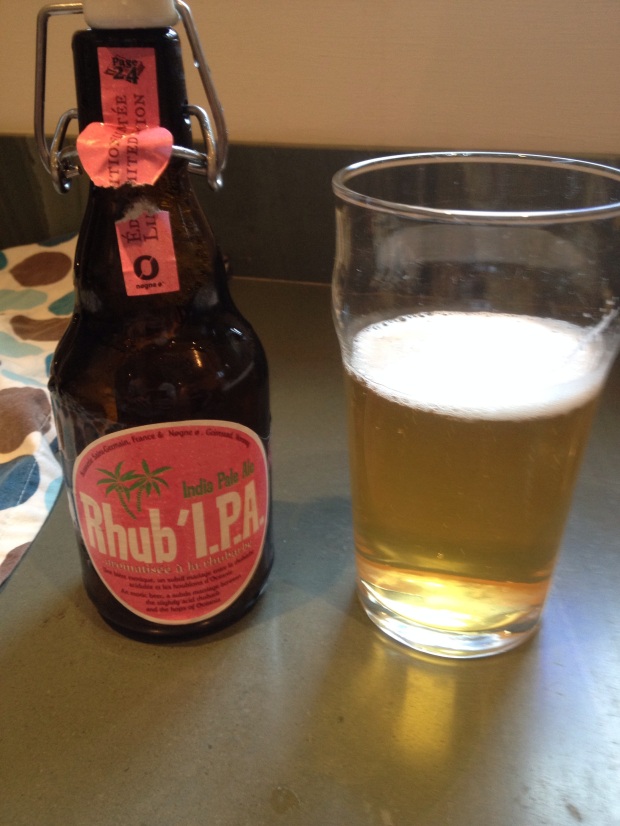 Except there was no taste of rhubarb, and no hops. It was just like some random lager that you could get at any curry house. So not the greatest start. Much better was this pleasant witbier from Vedett:-

Vedett also brew this “Extra Ordinary IPA”. The clue there is the word ordinary. This beer is definitely that. On the bottle it does state that it’s not an IPA. And it really isn’t, distinctly lacking in hops and it did not stand up to the very nice achari chicken that I had. 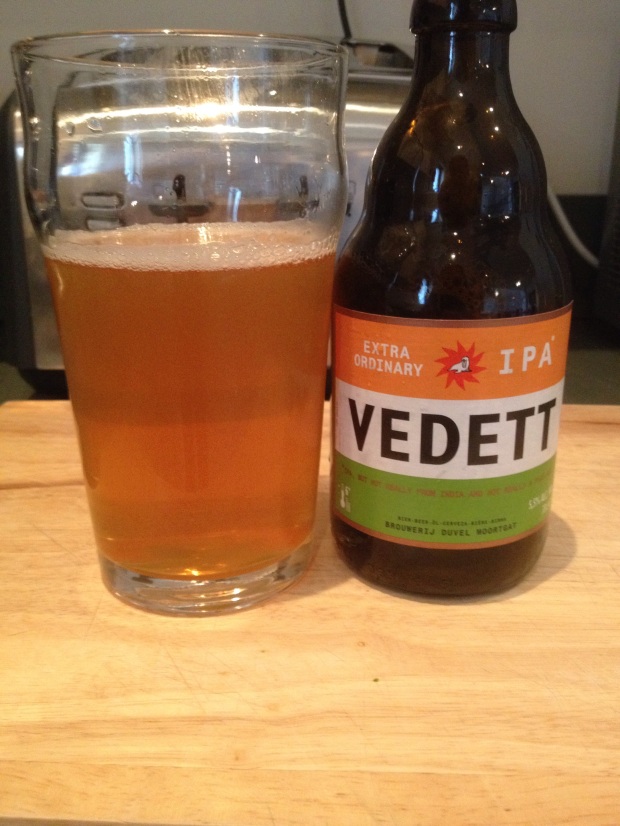 On to that achari chicken dish – very flavoursome, cooked with pickling spices, and I’m led to believe that it’s a traditional North Indian dish. Whatever its origins, it is very tasty, and is highly recommended. Nice fluffy rice and a good naan bread to accompany too.

And just to round off the story, after several disappointing beers, one that absolutely lived up to expectations. Rhetoric Edition I by Hardknott brewery, found at Tebay services (told you they had good beer). Malty. Plummy. Raisiny. A hint of anise and some spiciness. A truly awesome beer. Strong and powerful, and one for savouring rather than a gentle session ale. Perfect after a nice curry.